While I know from experience that having a younger sibling can be difficult at times when you’re a child (I wanted a puppy, but instead got a brother), I can tell that Enzo doesn’t mind Phoebe all that much. Sure, he may still be having those moments where he gets frustrated that the baby always gets to be carried around and sleeps in our room, but he’s also insistent that he get to tell her good-night and see her first thing in the morning. 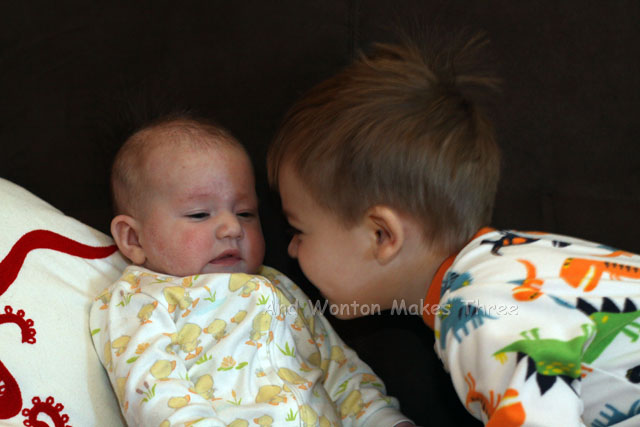 For a while he kept saying that Bee-bee was crying whenever she’d make noise and look concerned, but now he realizes there’s a difference between actual crying and when Bee-bee is talkin’. 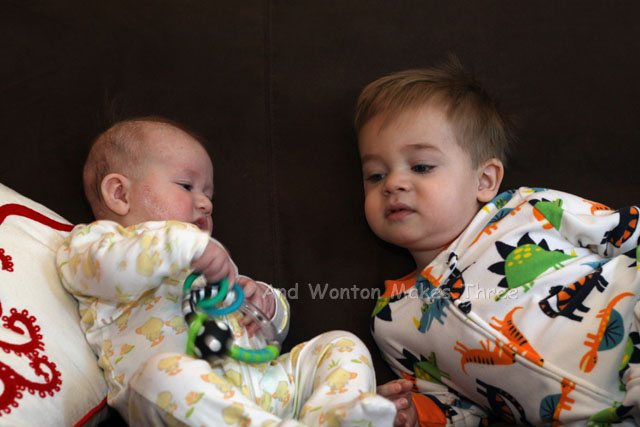 I think most of all, Enzo is waiting for the day that Phoebe will be a good playmate.  He tries to play with her, but is still just a tad too rough and tumble at times.  He also wanted me to put her in the tub with him last night so he could share his bubbles with her, but so far we haven’t mastered bathing them together because they’re both so active and squirmy and she isn’t sitting up unassisted yet. 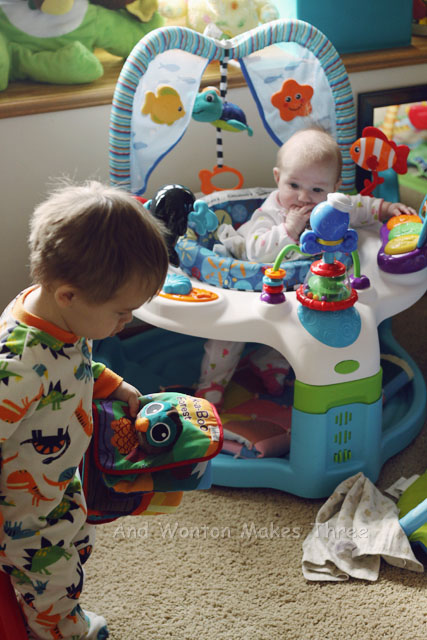 Still, they make do and Phoebe is more than happy to just sit and watch him and be as involved as she can be, even if that means becoming his canvas. 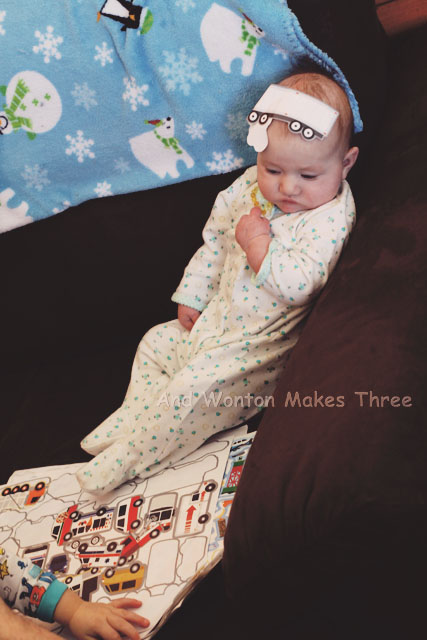 I know they’ll probably squabble as they get older, but hopefully they’ll find a common ground sooner, rather than later and enjoy being brother and sister in their teens as I was able to do with my younger brother.  In the long run, it’s probably better that he wasn’t a puppy. 😉

And, as a bonus, I’ve been hooked on this song lately… and it fits.