Apparently the little man is ready to move beyond just sitting.  I found him in front of his activity center trying to pull himself up onto it about a week or so ago. 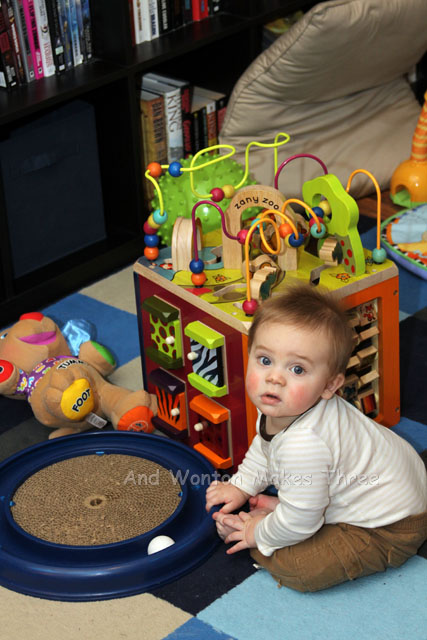 He was getting kind of frustrated because he couldn’t pull himself up all the way, so I went over to him and he reached his hands up and said, “Up”.  So, I did as I was told.  He’s got pretty good balance, but of course as soon as this picture was taken he fell over and bumped his head.  Whoops.

He now says, “Up” and “Bup” a lot, though, and I think aside from Mama and Dada, it’s officially his first word since he generally uses it when he wants up or is reaching up and not just as a sound to make.  Our little man is growing up. :p

One thought on “Mad Skills”